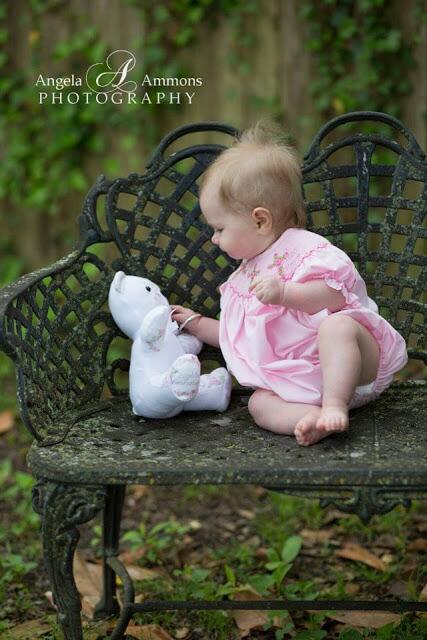 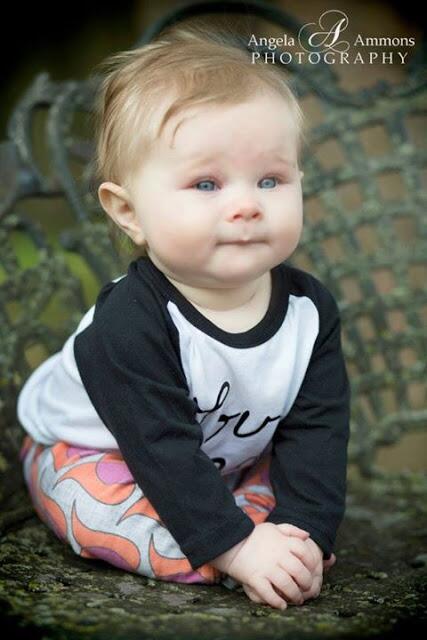 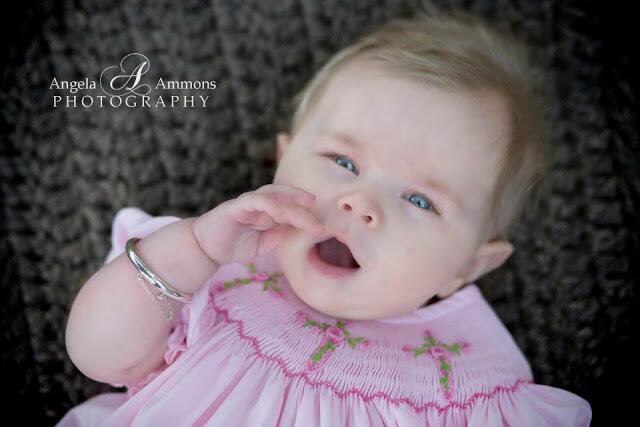 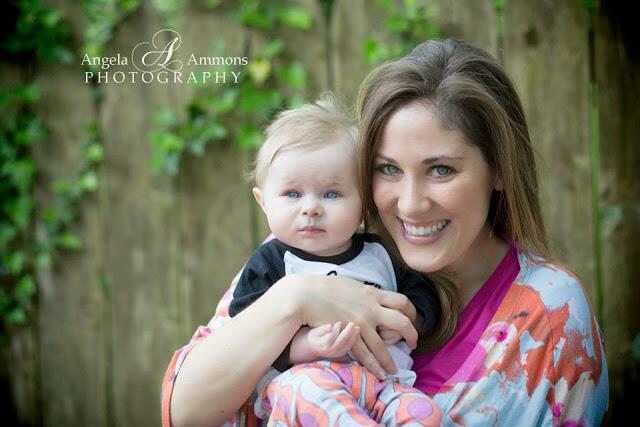 I know I’m a month late, but I thought it would be fun to start sharing Leighton’s pictures each month along with an update on her.  Leighton is 7 months old now, but as of 6 months, she finally started rolling over in her crib in her sleepsuit.  The sleepsuit keeps babies from rolling over longer in their crib, and it helps them to sleep more soundly.  After that morning when I saw her awake on her stomach in her sleepsuit, I stopped putting her in it that night.  I always lie her down to sleep awake, and she immediately rolled onto her side, cuddled with her small paci plushies unicorm and fell asleep.  She was already such a good sleeper by this point, so there wasn’t even a transition phase to get her out of the sleepsuit.  She just went right to sleep as normal (amen!)  She is really good at self soothing and putting herself to sleep.  She doesn’t cry at night or make a peep; she just lies there and goes to sleep.  I’m the same way, so thank goodness she got that from me!  Shane lies there for hours before he can fall asleep most nights.  She loves rolling over onto her side and stomach to sleep (though I still lie her down on her back each night.)  She still sleeps 11-12 hours each night.  We recently bought her some glow in the dark pacifiers, so she can easily find them herself in her crib.  She dropped her middle of the night feeding at 2.5 months so she doesn’t wake up at all each night.  She still goes to bed at 8:30pm and gets up usually at 7:30am.  She just got her 2 bottom teeth in.  We had no idea they had been coming in because she still slept great and was never even fussy.  Let’s pray that it’s like this for all her teeth (thought it probably won’t be lol!)  She dropped her 3rd nap of the day, and now likes to nap from 9:00-11:00am and 3:00 to 5:00pm.  She still takes 24 ounces a day and nurses 5 times each day.  She prefers that me or Shane hold her, and she definitely knows who her parents are.  She loves to be held, and she also loves to play.  She loves going for bike rides, stroller rides, walks and swimming.  Basically she just loves to be outdoors!  She loves to have her hands in her mouth or chew on anything and everything.  She likes being read to.  She loves doing the airplane too.  She takes steps when you hold her up in standing position now.  She does the worm like crazy, the army crawl and scoots like it’s nobody’s business.  She gets into crawling position and has taken one or two steps to crawl, but then falls.  She also loves to rock while in crawling position.  Though she can’t crawl yet, she has no problem getting wherever she needs to go!  She also sits up unassisted.  She is happiest in the morning, but is honestly happy all day.  She smiles the biggest open mouth smiles and now reaches for me all the time.  If she doesn’t like something, she doesn’t have a problem letting you know!  She loves eating food too and has eaten avocado, sweet potatoes, broccoli, asparagus, green beans, mashed potatoes, omelets and grilled chicken.  Right now we just feed her once a day at dinner time and will eventually add in lunch on the weekends soon until she is eventually eating 3 meals a day in addition to her milk feedings.  She is really such as easy and happy baby, and I feel so, so blessed.  I’m sure if we had another baby, the next one would be the total opposite lol.  What was your baby doing at this age?  I would love to hear any tips for what to expect at this age.  = ) 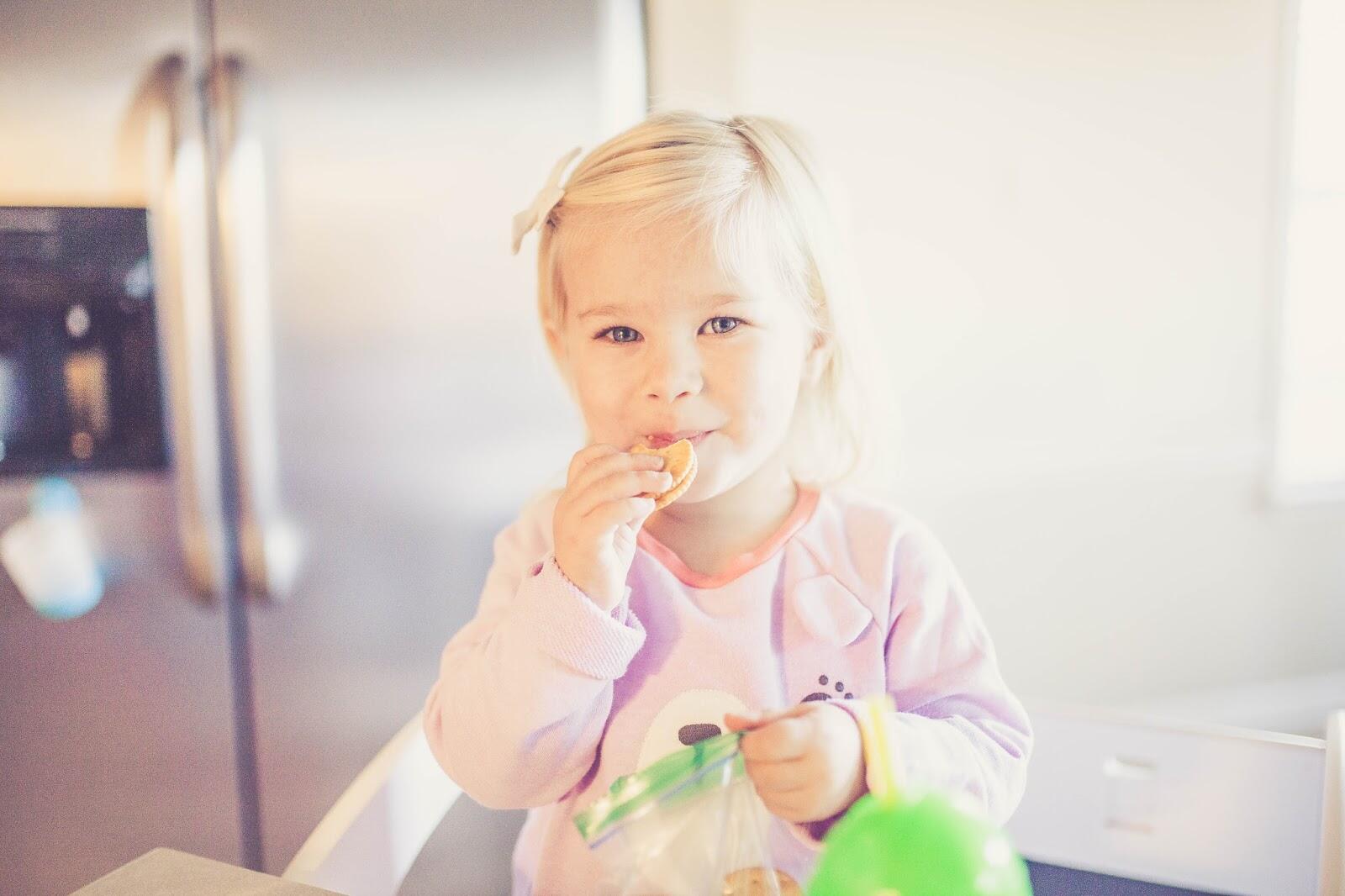 Holiday Snacks: How to Survive the Holidays with a Toddler