Summer Savings + All You Magazine 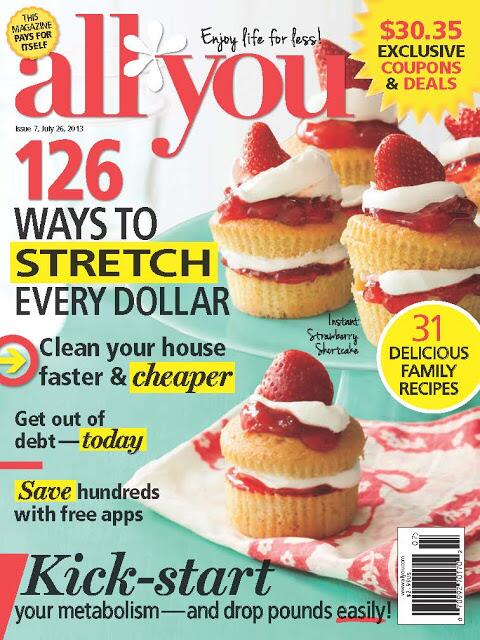 This post is part of
a social shopper marketing insight campaign with Pollinate Media Group® and All
You, but all my opinions are my own. #lifeforless #pmedia http://cmp.ly/3/8vNxcO 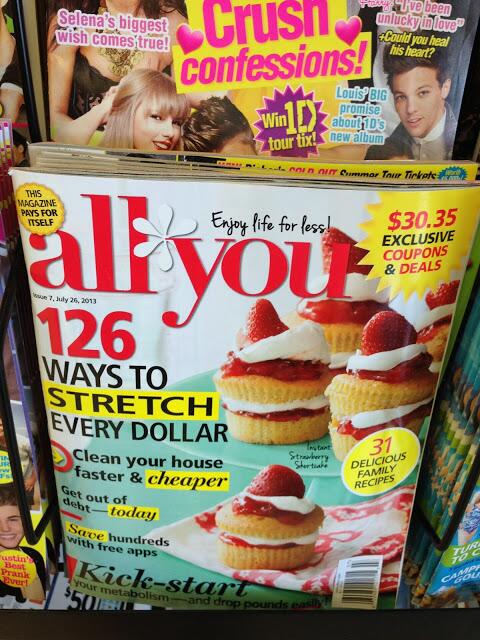 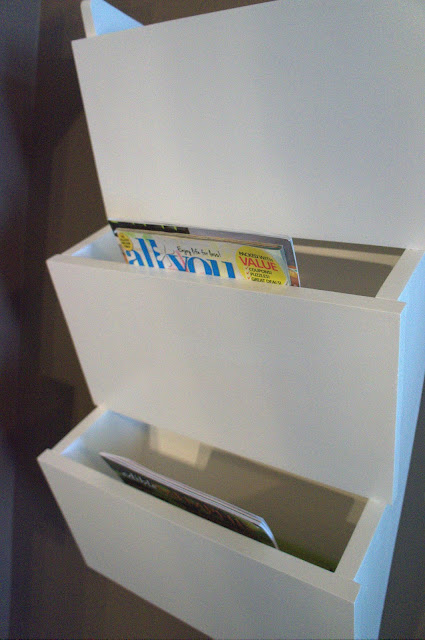 You know I love bargain shopping; I’ve mentioned it plenty of times.  It all started about 6 years ago after my husband and I got married when he mentioned one day that I should search for a coupon before I bought something.  I know he’s kicking himself for ever mentioning that now because I will not buy hardly anything without some sort of sale or coupon.  I even had this 3 tier shelf custom made from Etsy to hold our restaurant menus at the bottom, magazines in the middle and coupons at the top.  Since moving downtown we recently found out that we have a Dollar General near us, which I love.  As I was shopping there this past week, I purchased All You Magazine.  I used to buy this magazine all the time, but it had been years since I had purchased it.  I had been hearing good things about it lately on some of the coupon sites I use, so I definitely wanted to check it out again.  The magazine was only $2.99 at Dollar General, and it was right by the door as soon as you walk it, so I snatched it up.
Has anyone read All You Magazine lately?  It was honestly better than I remember, and I was very impressed.  Not only did I find coupons for some of the items that had been on my list ($1 off Suave body wash, $1 Butterball deli meat,) I also found some coupons for things I can use this upcoming week or my birthday trip.  We are taking a short trip to Hot Springs next week, so this will be the perfect time to stock up on the Buterball deli meat, Newtons fig bars ($1 off!), and we can always use more Olivari olive oil ($1 off!) since we cook with it and use it on our salads almost everyday.  Suave body wash is my favorite, and I was so happy to find that there was a $1 coupon for that in there.  I’ve also been wanting to experiment with some new makeup, and there were 3 different Rimmel coupons.  Just using only these 6 coupons so far, I’ve already saved $6.  That more than pays for the magazine twice!  In addition to the coupons, I found some great articles and recipes that I didn’t even know were in the magazine.  They had some amazing recipes in the 1 Week, 5 Easy Meals article.  I don’t cook much, so when I do, I want some easy, fast and inexpensive.  They also had a few meals that were all under $10 that I could make.  Considering we usually spend about $40 each time we eat out for dinner, I see this as a $30 savings each time we make one of these recipes instead of going out to a restaurant.  If you know me, you know that is one of the reasons Shane and I don’t cook as much.  We were spending way too much time and money to make dinner for just the two of us.  I look forward to trying more of these recipes soon and giving you the verdict and some pictures.
One of my other favorite articles was the Spruce up Your Wardrobe article in All You Magazine.  It had fun summer looks from Marshalls, Walmart, Target, Forever 21, Old Navy, Walgreens and even Dollar General.  It showed how you could easily find some if the summer’s biggest trends at the stores such as stripes, lace, florals and neons.  Then it pictured them and listed the prices also.  You can find almost any trend now at a store that doesn’t break your budget, so I loved seeing where I could find some of these items, and I will be checking out some of these places soon. It had a great selection of fun, bright and trendy florals. It was nice being able to find so many worthwhile articles in 1 magazine, and I would definitely recommend picking one up the next time you’re in Dollar General.  Do you read All You Magazine?  How much money do you save from reading the magazine?  Which article would you like to see the most? 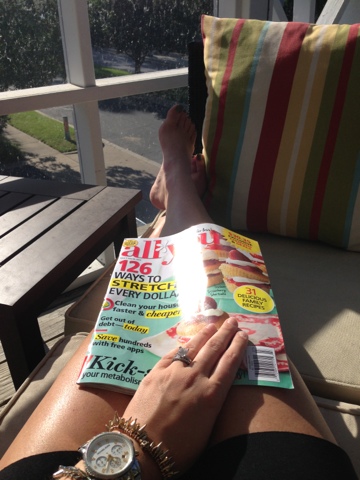 13 thoughts on “Summer Savings + All You Magazine”

…when you are getting ready to go back home from

🦃 Happy Thanksgiving! Thankful for all of you h 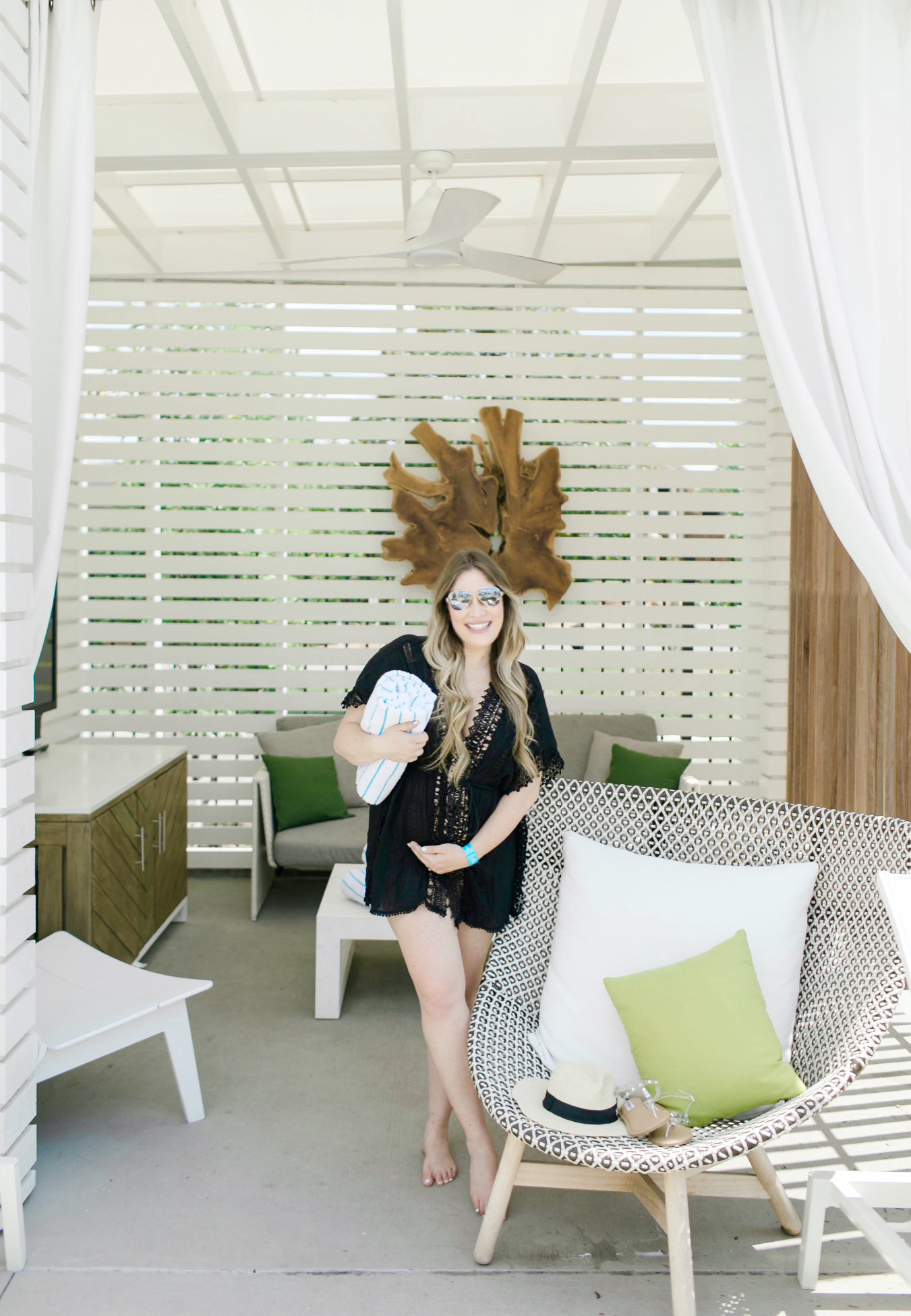