Half of a year! Baby Grayson has been here half of a year. I am trying SO hard to soak it all up, enjoy the moments and just be present, but life just keeps rolling on y’all. He is just growing so quickly, and it’s all moving too fast for this mama with my last baby! Okay, I’ll spare the tears for the moment, so here’s his 6 month baby update. = )

Grayson is still in his sleepsack, and he does great! He seems to prefer to either sleep on his side or his stomach now. He switches it up from day to day, but he doesn’t sleep on his back at all anymore. He rolls over really well from front to back and back to front. And he loves just bine on the move!

He still loves to try to sit up ALL THE TIME! No matter where I lay him, he tries to sit up, and he’s getting pretty good at it. He will grab onto our side tables, the couch and pretty much anything and try to sit up. He’ll even grab ahold of my hair and try to pull himself up with it lol!

He can sit up, but not completely unassisted without eventually sliding forward or to the side, but he’s getting close! He still loves tummy time and just being on the go. He loves to look at everything, touch everything and put everything into his mouth.

Grayson is still a pretty happy and content baby aside from when it’s time to eat or time to nap, and then he usually gets a little vocal and fusses to let you know. He is drooling a little less, but he still doesn’t have any teeth coming through just yet. He loves to babble still, hear himself talk, smile, get attention from people, watch his sisters, play in his bouncer and chew on everything (especially my hand.)

Grayson has his pacifier in his crib during nap time, but he rarely seems to use it still and prefers the little tiny stuffed animal that is attached to it or the tag on the stuffed animal lol. He still eats 4 times a day, every 4 hours and takes 24oz a day. He also just started eating solids last week, wow! Avocado was his first food. He didn’t seem to be the biggest fan at first, but now he seems to like it! At first he seemed to just wonder what that green stuff was in his mouth on his teether (spoon.) He likes butternut squash, sweet potato, green peas, green beans, apples, peaches, banana, sausage and scrambled eggs.

He still loves road trips, being outdoors, his sisters, his mom and dad, going on walks and getting lots of attention. He is such a sweet, chill little boy! He had his 6 month checkup this week and weighs 17 lbs 14 oz. He’s just growing too quickly! He only gained a little over a pound in the past 2 months, so he has definitely slowed down with him being so active now! What was your little one up to at 6 months? Let me know in a comment below! 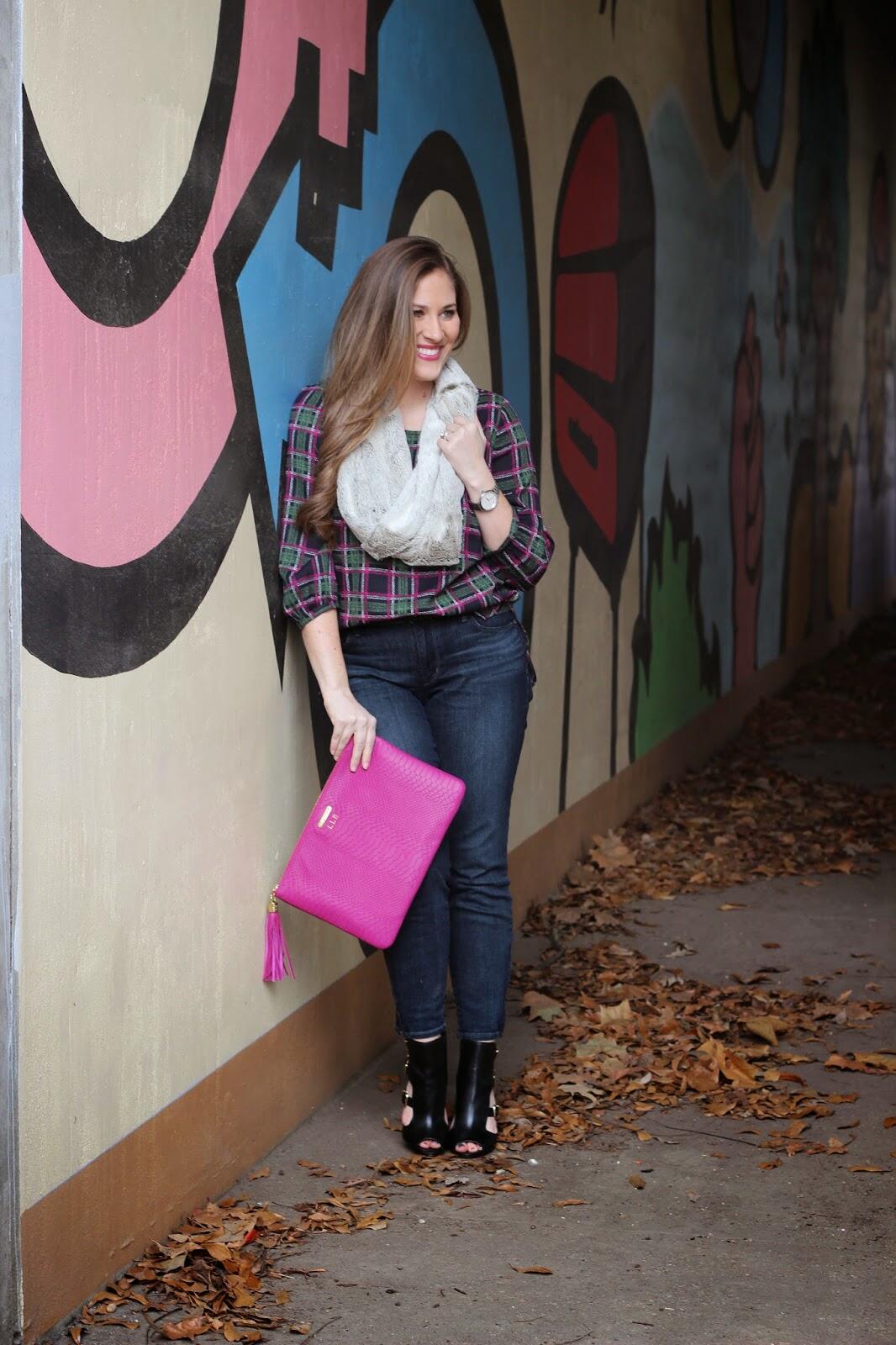