10 months is always my favorite age, and it’s no different with baby Grayson! Leighton and Amelia were so fun at those ages too, and Gray just has the most fun and sweet little personality! He loves to pull up on everything by himself still, but does it with one hand. He easily just sits from standing also. He also LOVES to climb up the stairs too…all the way by himself!

He has also started clapping, and it is just so cute. I sometimes clap one of my hands with his, so now he holds his hand out to clap mine when I say yay Grayson! He loves being into everything and exploring! He also loves to dance and shake his head. He still doesn’t say any words; he’s just babbling up a storm!

He still takes 2 naps for 2 hours each. He goes to bed at 7:30pm still and gets up usually at 8:00 or 8:30 at the very latest. He drinks milk 3 times a day now and still loves both milk and his solids. He still eats 3 meals a day and just loves eating big people food like us still. Add some pepper or seasoning to anything, and he’s happy! Don’t even try to give him baby food. = ) He has got his drinking out of a sippy cup down now and loves using it at each meal.

He is still such a happy and easygoing little baby, only fussing when he’s hungry and it’s mealtime or if it’s nap or bedtime and you haven’t laid him down in his crib yet lol. He loves exploring on his own or being held, worn, riding in his car seat or in the stroller and on the go. He just loves being with us and playing and learning (and eating and sleeping!) He also LOVES his big sisters!

I can’t believe that he might start walking any day now! It’s crazy to think that might around the corner along with his first birthday. Leighton walked at 13 months, and Amelia walked at 18 months so who knows when it might happen! I’ll be back to update you next month on our sweet happy baby boy. = ) 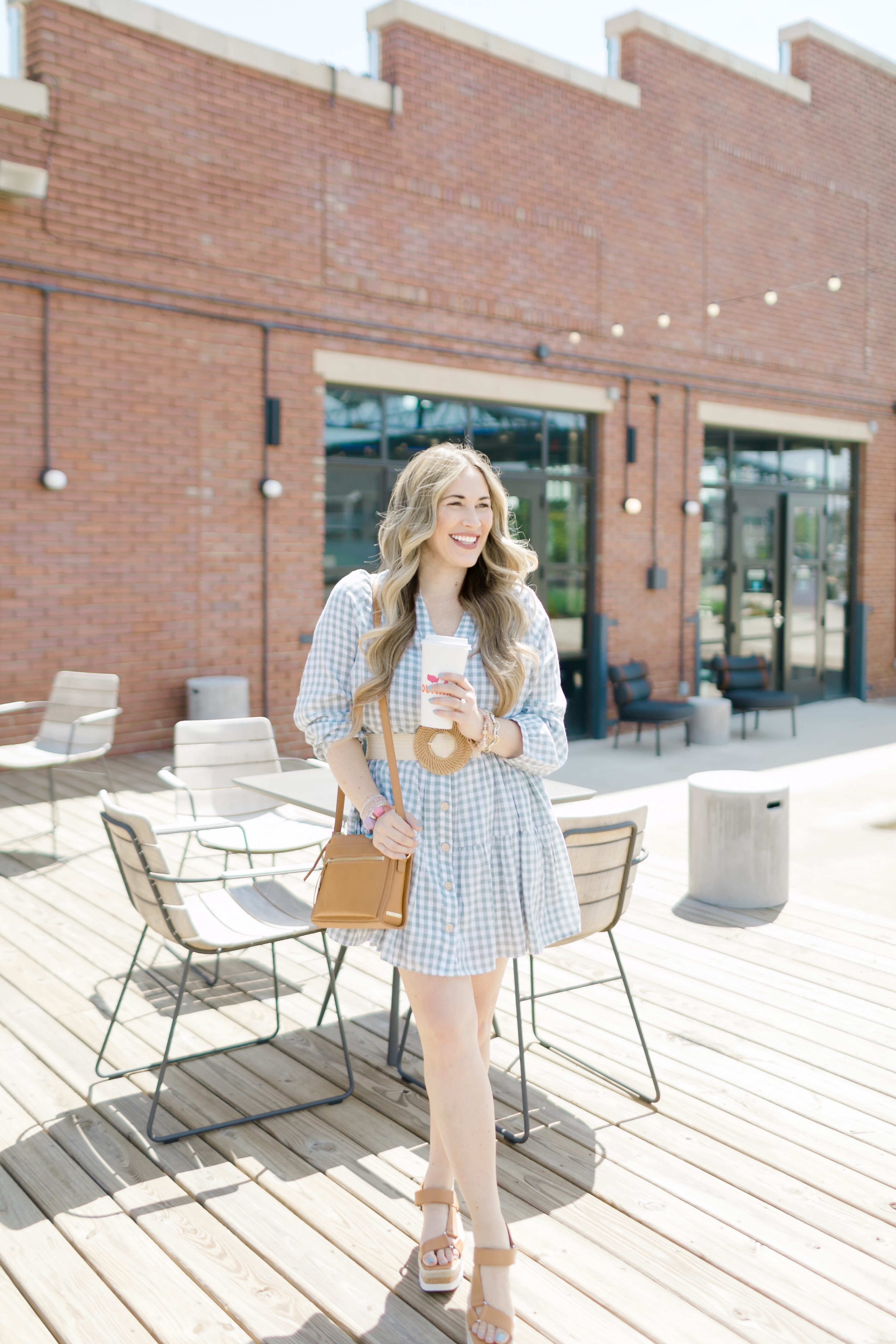